Gift of Foreign Securities to Resident Individual in India

For ease of doing business overseas, Government of India in consultation with Reserve Bank of India (RBI) recently revamped the existing framework for overseas direct investment marked by new set of rules, regulations, and directions. While a plethora of changes have been unfurled in relation to overseas investment (Refer our Article on Overseas Investments under FEMA – Comparative Analysis), one such change is pertaining to gifting of foreign securities by non-residents to an Indian resident individual.

Schedule III of Foreign Exchange Management (Overseas Investment) Rules, 2022, (OI Rules) lays down modes of permissible acquisition of Foreign Securities by way of gift to a resident individual which are summarized in below chart: 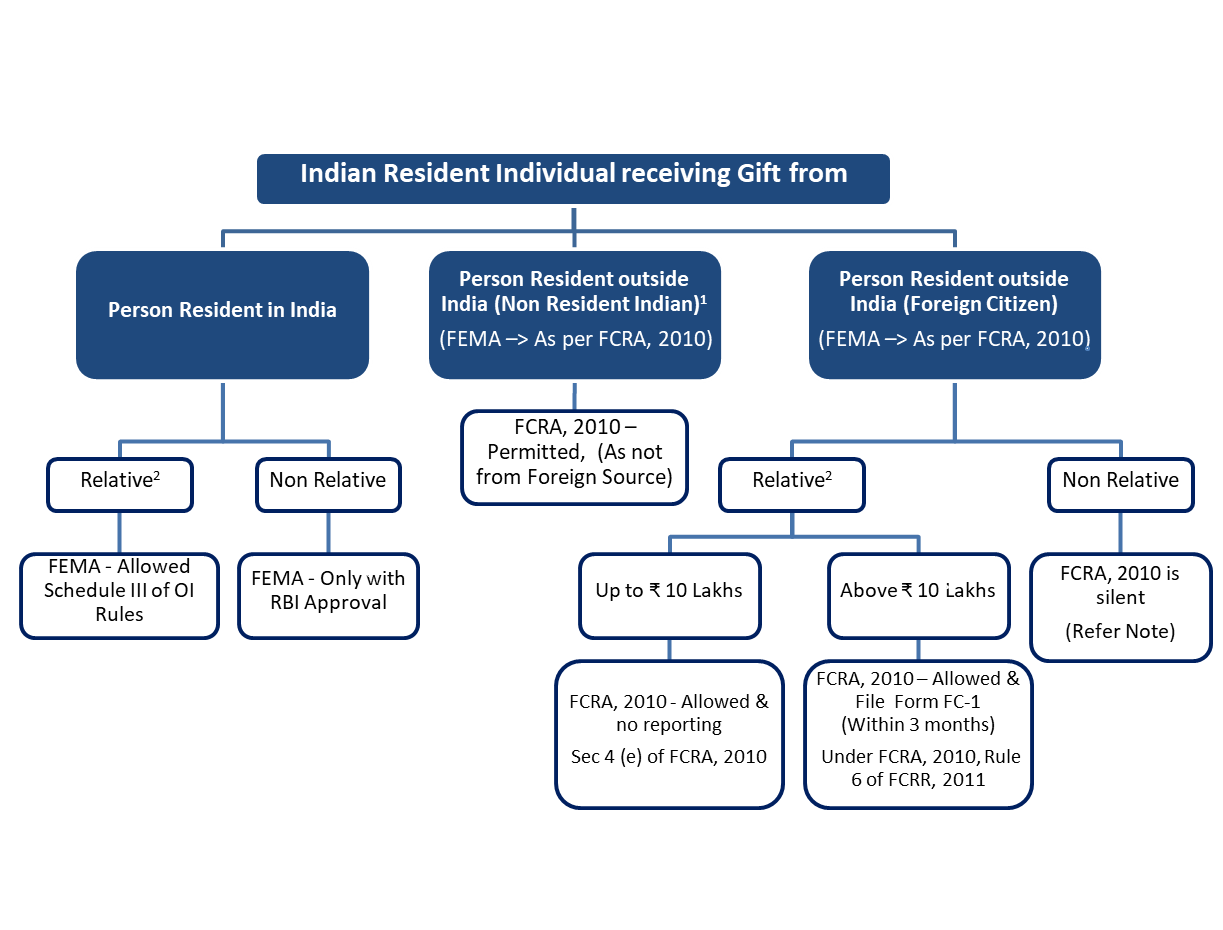 Note: In case foreign securities are received as gift from a foreign citizen who is not a relative, Foreign Exchange Management (Overseas Investment) Rules, 2022, (OI Rules) directs a resident individual to acquire gift in accordance with the provisions of FCRA, 2010 and related Rules & Regulation. However, FCRA, 2010 is silent on such transaction. It also does not explicitly prohibit such transaction. Therefore, lack of any express language under the law may lead to diverse interpretations.